He speaks into the microphone:


I was using Windows 10 the other day.

The sound of crickets chirping accent the ambience of the empty room.

I tried to open up a word processor and my computer responds by telling me that it can't run on my system.

So thinking that I am a tech savvy guy, I decide to try running one of the Windows 10 Troubleshooters. You know, the apps in Control Panel that help you fix problems with your computer.

So I run the troubleshooter.

I wait a few minutes.

Some time later a message pops up on my screen telling me that it can't find any problems.

So I ask myself aloud if my computer is in denial?

My computer answers "no".

Then it says "maybe its you".

I have some bad news.

I recently had a bad break up.

Yeah, it was bad.

Cortana left me for another operating system.


I've recently come to terms with the fact that I've got an addiction.

You know what they say. The first step is in admitting it.

It was hard admitting it to myself.

Its even going to be harder to tell you people. My audience.

The empty room glares back.

It all started about 51 years ago.

I had just arrived on the scene.

I didn't have anything. Not a penny to my name.

Not even something to wear.

Naked. A little small too.

Thinking that I could take on the world.

That nothing could stop me.

That's when the Doctor coaxed me.

A bit aggressively too...

He forced me to take my first breath.

I was thinking to myself:

this ain't so bad.

I don't know what the big deal is?

I can handle it.

The Doctor looked at me with a sinister grin on his face.

Like he could see me years from that moment.

With a breath dependency.

Where the breathing would take me.

I coughed a bit.

Then I took another breath.

Before I knew it, I was hooked.

I didn't want to do anything else but breath.

I was so confused.

So I started crying.

That's when this big lady tried to console me.

I struggled to get away. I only wanted to breath some more.

Just another breath. And then another.

It felt so good.

Before I knew it, I couldn't stop.

I didn't let on to anyone that I had a problem.

I just takes one breath and you're hooked.

I breathed while I ate. While I slept.

I even wanted to breath with sex.

I had a bit of trouble talking my girlfriend into it.

I mean, I didn't ask her to breath at all.

I didn't want to get her started down that road.

I just told her that I had to breath when we slept together.

She was alright with it at first.

When I had to breath every time we did it, she'd had enough.

She left me for a straight laced guy. No breathing problems.

Now she's married. Has a house and kids.

As a matter of fact, she lives in a gated community.

They keep the breathers out.

I heard that a breath dealer got in there once.

He tried to give one of the residents mouth to mouth rescuscitation.

He was arrested and charged with a conspiracy to distribute breath.

It's so funny when I think back.

When I suspected that it was becoming a big problem in my life...

I tried to quit.

I was thinking, I started it.

I can stop it.

So I stopped breathing.

It wasn't so bad at first.

After I started going through withdrawal, I passed out.

I don't know how long I was out for.

Right back at the beginning of this mess.

Now, I don't beat myself up when I fall off the wagon.

I guess some people see that as a weakness.

But still, some see it as having no control.

Like the other day I was outside, waiting for a bus.

I'm standing there, minding my own business.

This scraggly looking guy comes up to me.

He stands beside me.

Reaches into his pocket.

Pulls out a little baggie.

It's filled with these little crystal-like white rocks.

He takes some of them from the bag and fills a dirty old pipe.

He hands me the pipe.

"Wanna try some crack?" he asks.

I shrug. I tell him.

"I've been a breather my whole life." I continue.

He confirms that he heard me correctly: "you mean you're into breath man?!"

I nod my head hesitantly.

He says: "Whoa man, that stuff will kill ya!"

"So I was talkin' to a friend of mine. He says to me that he's got telekinesis."

"I look at him and say: So? I've got telekinesis and nephews."

"It's a great crowd here tonight."

Silence again from the ever absent audience.

"Two guys arrive at the golf course to play the first nine holes. One of them a stock broker, the other one a priest."

"So the priest takes his shot. Lining his drive up nicely landing on the fairway."

"The stock broker pauses, admires the priest's shot a little nervously. He steps up to the tee and winds up for his drive. He swings. The ball hooks far to the right."

"He begins cursing and swearing all the while jumping on his golf club like a mad man."

"The priest says: Take it easy there son and watch your words. The good lord is listening."

"The stock broker shakes his head and apologizes. He assures the priest that it won't happen again."

"They hop in the golf cart together and arrive at the stock broker's ball in the rough. He quickly pulls a nine iron club and lines up the shot. He makes a furilous swing and the golf ball veers far to the left, once again landing in the rough. The air if filled with his cursing and swearing as he throws his club at the ground and once again starts jumping on it."

"The priest looks at him in shock and disgust and speaks: Easy there son. Watch your words. I'm a man of the cloth and the good lord is listening! We can't have this behavior in the Lord's presence!"

"The stock broker shakes his head and apologizes. I'm sorry 'bout that."

"They hop in the golf cart and arrive once again at the stock broker's ball in the rough. The stock broker takes a moment to line up his shot, this time with a wedge and swings hard and with purpose. The ball once again veers into the rough and into the water hole."

"The stock broker spews, cursing and swearing jumping on his golf club in anger."

"The priest speaks in shock: I'm a man of the cloth! Hold your tongue and watch your words in the presence of the lord!"

"At that moment, a bolt of lightning shoots down from the clouds in an otherwise clear sky and strikes the priest dead in his tracks."

"From the clouds, a tremendous and ominous voice is heard cursing and swearing over the lousy shot with the lightening bolt."

"You're a wonderful audience."

How To Make Anything Look Comfortable


"I used to work a job selling furniture. Well, not really."

"I used to pretend I had a job selling furniture."

"No really. When I would do this, I came up with a great way of doing my job."

"In fact, nature has provided us with a naturally occuring furniture salesperson."

"The fact is, that if you want to sell furniture, you have to make it look comfortable."

"If it looks comfortable, chances are they'll buy it."

"So in order to make it look comfortable, all you have to do is put a cat on it."

"I mean a cat. Not like a picture. A real life cat. Give them a minute or two and they'll inevitably lie down on it."

"I mean cats sleep eighteen hours out of every twenty four hour day. So if you put a cat on something; anything, your odds are three out of four that it will lie down on it and fall asleep."

"I doesn't matter how jagged the thing is. How hard or flat it is. A cat will make it look comfortable."

"I mean the first thing that you think when you see a cat sleeping on a bed is: wow, that looks really comfortable..."

"Same thing with a couch. A chair. Anything."

"In fact, I told a friend of mine this who works in the concrete business. He used to work in the furniture sales business and that's when I told him."

"So he tried it one day. He got a cat in the store, and put the cat on the furniture that he wanted to sell the most."

"Sure enough at the end of the day with the cat working to help his sales, he'd had a few more sales than he'd had the prior day without the cat."

"So he does this for a few weeks and things are going pretty good. One day, he shows up late to the store and the cat is stuck waiting outside. So the cat falls asleep on a concrete slab just outside the store."

"When the guy finally arrives at the store later that day, he finds a thousand orders for concrete."

"You're a wonderful audience."

All material here is the original work of the Last Lounge Comic with the exception of the Golf joke. That's one I heard on a radio comedy radio show. I'll try and track down the original writer and comedian's name because that is one of the funniest jokes that I've ever heard.

More recently as of Sept 6, 2019 I added the Computer and Windows 10 skit and the Addiction skit. They're both completely original works.

If you're appetite is full from our selection then you might try... 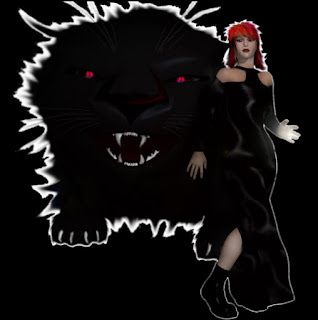 Thank you to SomaFM, Maschinegeist, Spotify, and CFNY for my daily music.
Join World Community Grid and help science find cures for everything from Cancer to Malaria to AIDS.