Heads Up To My Readers And Unauthorized Access To My Steam Library...

Heads up. It appears that the stalkers are up to their old tricks again. I've had a couple of uses of my Steam Account from other locations either while I was at home using my computer, or while I was out doing my grocery shopping.

From what I gather, the stalkers doing this are attempting to impersonate my identity. They believe that if they have access to my accounts, that they are the people credited with my efforts. They're identity thieves who steal other people's social identity, while transferring the identity of someone else to their victim.

Mostly they do this so they can steal another person's efforts, and burden that person with someone else's crimes.

So the way that stalkers work is that they steal other people's efforts by using the symbolism of colours, and methods of identity theft reinforced socially by large groups of people who take part in this sort of thing.

For instance, if you create anything or donate money to charity, they'll steal your identity in that manner and transfer the credit for those actions to someone else (in their cult) while transferring the identity of someone who committed crimes to replace your identity. Socially, you'll be treated as if you were this other person rather than yourself and quite often, bullied by the members of this cult nearly endlessly.

So heads up to my readers, who may be targeted as well by this cult. My picture will always appear at the bottom of every post here in Shhhh! Digital Media at https://www.shhhhdigital.ca.

Also, I don't go by the name Celtic King Ron. My isn't Ron at all. I am not Doug either and that has never been a part of my name. I am not Jake N or Eugene Andre Francois. The only name I go by is Brian Joseph Johns and I am truly an Atheist, that leans towards Buddhism and Taoism. I'm truly a piano player as well, just like my father and my love interest is a Mandarin Chinese woman, though I have a deep respect, passion and kinship with South East Asian culture and European and Middle Eastern culture and history as well. The best thing about humanity can be learned by peaceful co-existence and meaningful communication with other cultures of the world while often the greatest alliances were forged on the wings of love and passion between two differing  cultures or families (Cleopatra and Mark Antony for instance). Meaningful love (and responsible sexuality as a method of communication of love) have often built bridges between the greatest of barriers.

Also, I've never been involved in a relationship with any woman named Karen, though I have a good friend named Karen that is a responsible mother and hard worker living with her husband, a skilled electronic technician and fire alarm engineer in Ajax Ontario. I wish them and their family the warmest of wishes.

Heads up to others out there that might be affected by this and I plan to keep writing regardless and to use my momentum to a sustained effort, though I am very much at the mercy of how my own body can handle attacks upon my homeostasis, bodily nervous system hormonal chemical balance that can sometimes be altered by attackers via abusive use of biomagnetic techniques that some would describe as ritualistic abuse. Hence my interest in Eastern practices like Yoga and Qigong, which help to protect the body against such forms of attack.

Its kind of like a storm front making its way from here in Toronto, Ontario, Canada outwards to affect others of similar mind and heart, perhaps through the torment of the soul or energy body as Eastern philosophy regards it. Its impossible to describe but if you experience it, you'll certainly know about what I'm speaking. Maybe counterbalance it with something good, and there's lots of that in Toronto as well.

I'm more concerned for my loyal readers who sincerely enjoy what I write and perhaps draw some inspiration from it, like I do from those who inspire me, and there are many who do. I couldn't have healed from the worst of things without people like that.

Stay Safe and Be Well and Thank You. 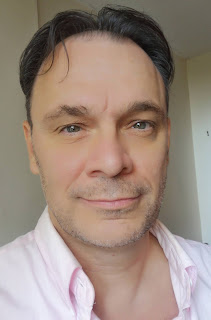