Yay! I got my first dose of the Moderna Vaccine today, putting me amidst the millions of others in the world who've also been fortunate enough to take the first steps to immunizing our world against COVID-19.

The whole experience was mostly pleasant, with a few bumps as well but I'll highlight the good before I deal with the other stuff, though this isn't a review. I mean this is a service we're receiving thanks to our Canadian Universal Health Care. A health care system that's been in place since 1867 though it has evolved substantially since that time.

It was by appointment so there was literally no line at all, and within two minutes of arriving at the 40 Oaks Park Fred Victor Center, I was already being processed. A few minutes later and I was sitting in front of a nurse (Barb), who asked me a few questions and then guided me through the process. A moment later, she'd given me the vaccine (I barely felt it at all) and that was it.

I was then asked to wait for a standard fifteen minutes after receiving the vaccine in case of the onset of any symptoms. That went quickly as well though there was quite a bit of harassment during that time.

Here's why. When I'd arrived, I was asked to take a secondary mask in addition to my sub-standard two layer mask which has worked pretty good thus far, but is far from the N95 standard for filtering air. So I accepted it, not really thinking that I was on turf that was going to take advantage of colour symbolism attacks.

Don't get me wrong, I'm grateful for the vaccine, but that's no justification to involve me or anyone else in colour symbolism battles. I'm not a member of a gang or ideology that operates that way.

The idea is that the mask is blue white. Blue white has a special colour symbolism to the cult that does stalking. The idea is that if they abuse or harass other people who are wearing blue and white, the colour blue symbolizes that whatever that person says means the opposite. That's essentially what blue white means to stalkers.

They know that I'm an Atheist that leans towards Buddhism and Taoism, even as a white person. They know that my love interest is Mandarin Chinese. So there are many stalkers in the community that are seeking opportunity to get me in circumstances where I'm wearing colours that to them mean that what I say means the opposite. So I believe that this cult used the blue white mask opportunity for just those purposes.

All in all, I'm grateful to have had the vaccine, but as per usual, the harassment is just not acceptable and of course, hate is not love and love is not hate.

Also, a lot of these stalkers are part of the troupe trying to steal Butterfly Dragon and A Lady's Prerogative from me, something they've been doing for a long time. From what I can tell, they're trying to erase every sign of my having originated those properties, probably because they're planning to steal them or the impression of who created them. I've seen them do something like this before, though I didn't understand how it worked. Its a sort of scam they do that involves a lot of people and organized crime.

Mostly though, stalkers and cults are all about abusing others in order to make them the hate side of the fence. So they abuse other people in hopes of drawing a hateful reaction from them so they can brand that person as the hate side. To them, people are like kettles that they try to fill up with hate. This cult turns it into a game of trying to find all of their hate the following night after they disperse it amongst others. Its sort of the game where they create a burden of hate, and then randomly burden other people with it, and then randomly harass people in order to find it by provoking a hateful reaction from other people. That's the truth and this is a real ideology that does this. This is likely the source of a great deal of many of the violent attacks that have occurred over the last two decades. Also, this cult will steal what I reveal in that regard after uncoving this over years of looking into this, and give the credit to others.

A real bummer being stalked and harassed and having things I created and accomplished stolen from me one by one, but at least I got vaccinated. I'll be sure to ensure that this cult are criminally investigated. As usual, I'm an Atheist, even if I went to the Fred Victor Center, which is run by the Christian Resource Center. I really believe in a secular country, where our individual rights are respected and our identity isn't swapped or taken from us out of some kind of religious or social convenience. I think forcing and enforcing a religious identity upon someone is a bad thing. So as I stated, I'm an Atheist that leans towards Buddhism and Taoism and my love interest is Mandarin Chinese. As a matter of fact, I'd never become a member of Christianity at all based upon my experiences.

I'm not on the blue team by the way as I don't do colour symbolism in that means. I'm not a blue rose.

Oh and I don't use cocaine, crack cocaine or heroin and never have. Ironically just after writing this post, I was subjected to some of the worst harassment in a long time. They also tried to steal the Bryce Maxwell character from my books and apply it to the life of a shelter worker named Mike. What a nightmare this is turning into with regard to harassment.

So I get the second dose on September 1, 2021 and shortly after that, I'm leaving the Regent Park community for good. This area is run on cocaine and by organized crime and the people who are involved with that and the customers use people like myself as the garbage bag for all of that kind of activity.

Its sort of their method of attacking people and this isn't something I started with them. I probably wouldn't have even noticed if not for their harassment. They started all of this and that's what got me involved in figuring this out. Fortunately I'm not so quiet about it and I'm fairly certain that the Federal Police are fully aware of the situation. I don't use, buy or sell narcotics.

I'm not a member of any union as many union members do this stalking. Likely they want me to accept Wayne Buttery as being my father, which won't ever happen with all due respect. Also, they don't want my father to be David Schindler, as he has family that work for infrastructure. Instead this cult wants people to believe me to be anti-Government and anti-Medical and likely even to believe that I'm involved in narcotics like cocaine or heroin, which I'm not. I don't use any narcotics whatsoever. So much of this is about disconnecting me from family they don't want me to associate with because as I stated, they want me on the blue side of the fence more so than the orange or red side. I'll never accept this cult's colour symbolism as I'll never regard any expression as meaning the opposite. In fact, I'll do everything I can legally to oppose this and to make others aware of it, including the RCMP, including my suspicions about the cocaine network locally.

The members of this cult do everything they can to create situations that pit their victim against everyone else in the community, which makes it difficult for others to side with the victim and often is all about destroying the victim, though the cult pretend they're trying to help the victim, but that's honestly for show and just to throw others off of their trail. I suspect they just try to steal everything from their victim, dump all of their garbage onto their victim and then send them packing to another community. This seems to be their modus operandi much like redefining the colour blue to mean hate means love and love means hate allows them to get away with abuse, stalking, harassment and racism.

So most of their harassment tonight was all geared towards discrediting me and creating reactions from me that would make me seem unstable or even to appear like I use narcotics (which I don't). That seems to have coincided with the arrival of narcotics in my building today (I can usually tell when they've been resupplied by the level of activity locally). Also, the stalking and harassment goes up as well. I also suspect that the distributors of the cocaine or crack cocaine use it to pay off people locally to keep secret anything I reveal, or to sit on any of my reactions to the harassment. In doing so that would create a market that pays people to harass me to the point of causing a reaction from me. The payment of course would be in narcotics and would help to discredit me. If I react to the harassment, that would also serve to discredit me because quite often the harassment continues until I'm very mean towards my harassers and I don't live by hate means love. If I'm provoked to say something, I mean it wholeheartedly, because I honestly believe that doing that is wrong, and that any expression of animosity towards others doing it should not be watered down or reversed to mean approval. Its actually amazing how many union members are involved in the harassment now. They seem to help the others in the community doing it, and operate under the belief that anything I've said or done for the city and in support of it should go to someone else's credit. This cult really do quite literally erase people. Its disgusting how abusive and betraying it is and I will never recant anything I've said here. This is wrong and should be stopped.

I'm not a blue rose and never will be and I don't use, buy or sell narcotics. I'll never join Christianity at all.

Thanks for the vaccine :-) 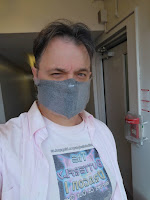