Conan Exiles is free to play until June 3rd and I've been enjoying it thoroughly.

I downloaded it on Friday (May 28) and played it into the wee hours, and for a few hours today (Saturday) just getting the hang of it.

For those of you who haven't played, its an adult themed multiplayer survival game set in the world of Cimmeria made popular by its most legendary denizen, Conan The Barbarian.

The game starts you out propped up on a cross in the middle of an arid location in Cimmeria. From there, you design your character. I found that part a little bit off personally, being an Atheist that leans towards Buddhism and Taoism but when it comes to fictional worlds, its best to regard aspects such as that simply as part of the lore of the world.

Needless to say, I created a Butterfly Dragon-esque character from the Khitan culture of Cimmeria, who are rougly based upon South East Asian culture from our own reality. I even named her ShhhhAiYuanlin for posterity's sake and it certainly goes without saying that the Butterfly Dragon herself isn't a member of Christianity, but rather secular. Of course, my illegally spying neighbours didn't waste any time in harassing me as soon as they saw the link to Christianity with my Asian character up on a cross, which to them unfortunately is like saying its a free-for-all harassment fest on yours truly. So I tend to stay away from that religion entirely, but that's the smallest part of this game and there is nothing but diversity in the world of Conan Exiles. The problem certainly isn't this game but the poor attitude of my illegally spying neighbours and their cult from hell.

Keep in mind though that it is an adult themed survival role playing game, so you're going to encounter a variety of role play attitudes. Right off the bat you have the option to play nude, either partially or fully so and as a male or female. Fortunately you can pick a server through the online server browser that best reflects your preferred play style. If you don't like a role play heavy world, then you can focus on building and action.

Naturally being a Girl power kind of guy, I made my character a woman. I should be alright as long as I stay away from flirty guys and focus on the world and survival.

There is a lot variety in terms of the path that you can take not to mention an extensive crafting system that rivals that of Ark Evolved, to which Conan Exiles owes many kudos for its clearly apparent inspiration on the gameplay.

You can play on full PvP (Player versus Player), Player versus Environment or a kind of mixture between the two, not to mention, you can even take players as "thralls", who are basically prisoners who you employ fetching your slippers and acting as your body guards. I haven't explored that aspect yet, but I'm considering trying it.

The combat is good and takes a bit of getting used to, but you'll find yourself in situations where you're hit and suddenly can't move at all. The closed quarters combat is a bit glitchy at times, while the safest bet is to use ranged combat. If you do get close in battle, make sure there's a lot of room for maneouvring otherwise you'll be quickly overwhelmed.

The world is huge and there's lots of hidden areas to explore, including cave systems and cliff cities. There are also AI controlled tribal fires, where you'll find two or three foes who will attack if you get too close.

There also appears to be a system of mounts, where you can get and train a horse, or even a tiger to accompany you into battle. I've even seen numerous posts on forums and review sites about how many married couples and romantic partners are playing this one together, hence you'll find a lot of adult situations and overtones. Like its namesake, its definitely more leaning towards the mature audience.

If you do have a bit of time, and like the art work from Heavy Metal Magazine and Conan The Barbarian, I'd suggest you check this out. Its the best way to get a little sun until the stay at home orders have been lifted. 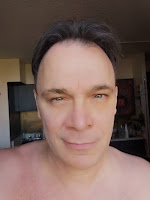