After all, I'm not a gangster or a member of any bullying group (like many unions and other social and ideological groups are becoming).

Well I survived another day of brutal stalking and harassment and I still managed to stay away from the abusive use of colour symbolism. After all, there are some people (bullies mostly) who define the colour blue as meaning that what one says means the opposite of what one expresses. I'd never join any group like that at all, not to mention, it violates the Charter Of Rights And Freedoms and the Human Rights Act.

I certainly believe in everyone else's right to believe as they choose,  and I myself have friends that are Jewish and Muslim, but to apply any abusive rules of colour symbolism to other people in violation of their rights is very, very wrong.

Especially where it means a polarity reversal, or hate means love and love means hate.

I value truth and having a compass in life. A direction with which one can pursue their goals and dreams. So if it leaves my mouth or its something I've expressed in a non-fiction post here on Shhhh! Digital Media, its something I mean with all my heart and truth.

You have to be careful because abusive cults in communities will abuse and harass you in attempt to provoke you to make a judgement against them, after which, they'll turn it into a competition against you, trying their best to make you appear guilty of the same thing of which you accused them. That's their malice and how they're  currently destroying society from the inside. Glad I'm not a part of their abusive thing.

Not to mention, my own love interest is Mandarin Chinese and I've always stood and protectively so with the Asian community. There's no dualistic polarity alteration in that or any statement I make. If I say it, I mean it.

Most people who do this sort of thing are just that. Bullies, who try to provoke the worst from you against them in hopes they can polarity reverse it to mean that you're expressing love for them (rather than anger or hate). Best just to stay away from people of that ilk and to expose them when and where you can. The more people that are aware that there are people that operate that way, the less confusion there is.

Oh, and Bobby isn't Weltherwithsp, Heylyn's Dragon from the Butterfly Dragon. I actually have a Weltherwithsp Google account that I myself use from time to time on YouTube. Not to mention, my father, David Schindler is the real life Bryce Maxwell in just about every respect. If not for him, I'd never have found a passion for science, physics and piano. He has all those things in abundance and more not to mention being a great father, his having a very different and separate life now with his own family.

Anyway, today's abuse was enough to just destroy anything I wanted to do creative writing wise as I'll probably need time to recover (again). It was pretty bad and started from yesterday and continued almost non-stop through until today and this moment, at which its still going albeit far less than it was an hour ago. So I need some time.

I have another post that explains much more about what this abusive ideology are doing. For instance, they attempt to take my own effort of protection of Asian culture, from me to fuel their lives. They attempt to do the same thing with regard to my protection of British and Japanese culture. More recently, they've done the same thing with Stories From The End, though Stories From The End actually takes place closer to London, Ontario, Canada, with Brad Stanton being an operative of a (real) Canadian Special Forces team I'd rather not speak of. The stalking and abuse many experience as a result of radicalized union members would be more consistent with the manipulations of the hacker group SCARE. In other words, they're acting at that capacity. Unfortunate but true nonetheless.

I'm certainly not anti-Government or anti-infrastructure and I don't believe that heaven lies through the door you traverse by being your own opposite. My heaven is in keeping my eyes on the ball, and hitting it out of the park, as my own father David, and Kevin Costner might have said in Field Of Dreams.

I think that whole idea of heaven being behind the door through which you traverse as the opposite of yourself is bull-caca and there's a lot of that in society right now, not to mention that many people wielding that secret and holding it above the heads of others are using it to manipulate many people unfairly.

Being aware however, is the best way to overcome it.

Guess I'll be a good Canadian, go home and cook my Salmon dinner and drink my beer and shut up.

Thank you to the people here who risked life and limb while preserving and protecting what Canadians represent at home and abroad throughout its rich history, while protecting and maintaining the dignity of indigenous Canadians, Constitutional Canadians and new comers alike, including the Asian newcomers who built our Canadian railway system, and Canadians who worked Canada's Global Peace Keeping operations for the United Nations, including the great work towards world peace that Canadians in Afghanistan helped the people there to find and achieve themselves.

After all, I want to ensure that real Butterflies always have a safe flower upon which to perch in my presence. 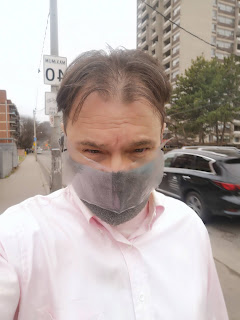 Not Snow or Darren O'Brien

Not John Paul Young, but honestly bro, I hope you're doing well :-)