Standing By My Books And Characters

That's not my name.

In recent times more so than in the past, there have been many attempts to reassign the choices I made with regard to the identity and culture of my characters.

First I'll say that I've stood by my choices for the entire time and considering that many of these characters have existed for about twelve years (the newer canon of A Lady's Prerogative from my original story: The Three Good Witches which I wrote for a school halloween assignment back in 1980 when I was twelve going on thirteen), and the story which inspired The Butterfly Dragon (called The Confused Bee which I wrote back in 1981 on my own incentive if I remember correctly), that's a fair bit of time and loyalty.

So to reiterate my dedication and backing of my characters and my stance on ensuring that they remain as they were originally intended and identified and to remind you that these choices occurred either twelve years ago or as far back as thirty one years ago. These choices were not motivated by anything other than my own interest in character development, Canadian culture and world culture, especially where Canadian culture meets world culture.

The Butterfly Dragon is more about East meets West, meaning East Asian and perhaps East European civilization meets West European and the civilization of the Americas. The story is told through the two main characters. Ai Yuanlin Ying who is given the name of Heylyn Yates by her parents upon moving to Canada, and Alicia Westin, an introverted genius who is being oppressed by the more bullying of her fellow students.

Heylyn Yates aka Ai Yuanlin Ying is part of a spiritual line of warriors, unbeknownst to her. Throughout the course of the story, she finds her path and meaning by way of her choices, some of which have a great impact on the future of others. She assists Alicia Westin to overcome her fears and her self esteem issues to succeed and eventually they both graduate and the adventure begins from there.

Heylyn graduates and develops her own line of fashion (her life's dream) and she eventually opens her own business in Toronto and grows her foundation so to speak. The stories actually go into a lot of other aspects with regard to her business, including her employees and their lives within the context of the story and narrative, though keeping in mind that its a different kind of superhero story, with its roots in comic books. The characters themselves have their roots in many different cultures and this is reflected in the books and stories so far.

That story makes up one cusp of Shhhh! Digital's concept, while A Lady's Prerogative makes up the other side of the coin. You could say the opposite in the sense that your left hand isn't likely to try to kill you because your right hand bandages your wounds. You need them both, though you might favour one more than the other. In this case, I need them both for what I'm trying to illustrate here at Shhhh! Digital Media.

A Lady's Prerogative has a vast array of characters apart from the main leads of the story and their origins and cultures are as varied as their numbers. As many of you might already know, the story deals with Wytch craft and sorcery in the modern world through a secretive organization that protects the world from natural and unnatural threats.

Mila Rendebelle who could be regarded as the main protagonist from the first book, The Yearning And The Learning, is part Japanese (on her mother's side) and part Austrian (on her father's side). She like Heylyn Yates is also Canadian, living in Eastern Ontario near the St. Lawrence River on a family orchard.

Nelony Ardbloem on the other hand is a native of London, England much like her sister in the craft Shaela Sheowellyn. The two of them still reside in London as well. Yirfir Lacharme and Jasmer McCavanaugh live in Yirfir's native home of France in a modest Villa. Jasmer McCavanaugh is a Scottish Canadian.

Athandra Rithyani (from India) turned down the opportunity when it was presented to her in the aftermath of Wounded Aerth and the Battle Of The Sanctum so she could focus on helping the upcoming generation become founded within th Sanctum.

Xenshi and Xuxu, sister and brother, are Spirits Of The Land heralding from Ancient China. Their bodies passed on sometime before the Song Dynasty and were buried near a great source of earth energy. Their bodies became vessels for this energy and ignited their spirits, bringing them back to life in spirit form, granting them the gift of immortality at a cost. They now are permanently each other's opposite and may never individually attain balance, either emotionally or spiritually. They always remain extreme opposites to one another. Where one is kind the other is mean. Where one is witty, the other is dim. These roles are never consistent. When they cooperate with one another, they'll try to accommodate each other, even protectively. When they are in opposition, they'll try to put the other one to the worst side. For the most part, they cooperate according to the situation. They'll always remain with their origins and as I intended the characters.

Mishima Sato is Japanese and a veteran of World War II on the side of the Imperial Japanese Navy as a tailgunner in a rare two seater Mitsubishi A-6M bomber. During the war and while in a dog fight with an American pilot, their two planes crashed on one of the Marshall Islands. They were the only two survivors and ended up having to work together to survive. They ended up becoming good friends after the war both volunteered three years of their lives to helping the other country to rebuild. Three years in Hawaii in the United States and three years in Hiroshima, Japan. That story is a subplot in The Yearning And The Learning.

Mishima Sato also has a little known history with Jeong Soon and Lady Naemi Soon, though it has never been discussed in the books. Yet.

Of the images that you see of my characters, most of these were designed as far back as 2012, though I've updated them over the years. Shaela, Mila, Alicia and The Butterfly Dragon have arguably grown the most in terms of visual character development.

So as you can see there's quite a catalog of characters in my books and that isn't even all of the books and stories. There are many I haven't mentioned (like Stories From The End and Testament Of Time). My writing encompasses worldly views, and despite what people might think, nobody controls me or puppeteers me into writing. My advice to others is to be careful not to fall for the ire of those who'd polarize you as a means to manipulate you or even to let anyone define colours in such a way so as to alter the context of your expression. For instance, to mean the opposite of what you express.

So that underlines the fact that I stand by my characters and their stories. I won't change them, especially in terms of their culture and history to appease anyone and I certainly don't think that any of my characters play upon any aspect of cliche or stigma, that confines people in reality or the characters I develop into a niche where they are limited by the barriers that cliche impose. Remember that tradition is the center of where the needle of a compass originates, the other end representing one's own direction into the future. You don't necessarily have to live by it, but it certainly helps give you direction to be aware of it. Maybe there's an aspect of it you want to embrace or perhaps an aspect of it from which you want to liberate yourself.

Especially hate and polarization. There is an ancient saying that goes: those who take a journey with a broken compass, will always find themselves in the same place after a thousand steps in any direction...

There are people who will manipulate you, using nothing more than your hopes and fears. Your desires and your dread. Don't give people those puppet strings and if they have them, don't be too hard on yourself when you're manipulated by them. I'd hate to get to the end of my life and know that I never lived my own life, but instead played with the puppet strings of the lives of others.

I mean there's a difference between imagining riding a horse and really riding a horse. I'm glad to say that I've truly done both and more than once.

Its unfortunate that the kind of people who puppeteer others usually never get a chance to do both. Imagine something and then live something where reality grants it. 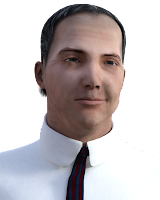 Oh, and Bryce Maxwell is based upon my father, David Schindler...

And the Aerth Mother? Well she's a mystical representation of the feminine aspect of creation, meaning she's all women. 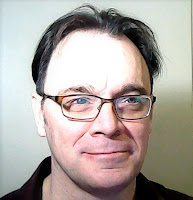 Stay Safe And Be Well,

I'm an atheist that leans towards Buddhism and Taoism.

As usual, I don't play guitar and I've never owned a guitar.