Sorry For The Delay... 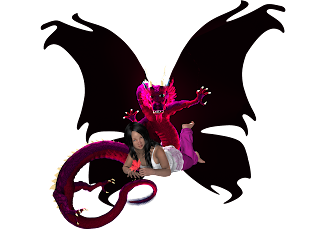 I'm working on the The Butterfly Dragon II: What Different Eyes See Epilogue and have been since yesterday (Monday March 15, 2021).

Today (Tuesday March 16, 2021), I was working on it directly writing to the web via the blogger interface and my mouse and keyboard suddenly stopped working. This is something that has happened a couple times over the last two or three days.

It might be tied to a recent Windows 10 Update (highly unlikely as this sort of thing would have caused a big stir in the Windows community). Likely the culprit is one of two things. I've got a hacker and a back door on my computer that I've failed to find, or there is an RF (Radio Frequency) based hacker nearby that is using RF attacks to disable my computer hardware when I'm working.

As a result of today's mouse and keyboard problems, I lost a huge section of writing involving dialogue from the main characters of the book. It was frustrating but nothing that I can't deal with and I have a pretty good memory so I'll just rewrite what I can.

The motive for hackers doing such things are that they're part of a cult that steals the output of other people to fuel their own lives. They often do this along the lines of a dualistic dichotomy that forms the basis for a competition between two people, with the one who wins getting the credit for the good output of one of the two people while the one who loses ends up with all of the bad output (social burden) of the two people. This competition is based upon colour symbolism as well, and its something quite popular in the underground and certainly is locally. So the idea is they steal what one person accomplishes and give it to the credit of another person.

This is based upon whom the group believes the victim is behaving most like, other than their own identity. The cult responsible also erases people. They actually steal everything output by a person and give it to the credit of other people, so if you fall victim to this sort of thing, your social footprint ceases to be associated with a single person. You essentially cease to exist in a social sense.

Its kind of like identity theft, where a group of people take over your online identity, taking it from you and wearing it for themselves or using it to fuel others' lives, while giving you a different reputation and identity, usually one that is very burdensome and doesn't apply to your life and activities at all. I've actually been dismantling this cult over at Strategic Counter-Stalking, a website I devised to expose and deal with this cult's activities. Its very objective, though with a bit of room for speculation and has no rant content. Its all analytically based and provides a lot of information for anyone victimized by this ideology.

This isn't a complaint, its just an FYI (for your information). So I'll keep plugging away at the last section of the book, while also trying to find the cause of my sudden mouse and keyboard problems. I'm suspecting something to do with a backdoor that results in 100% CPU utilization, or an RF based attack. So I'll try to get that dealt with and continue as scheduled.

I hope that my readers (the ones who aren't organized stalkers and harassers) are doing well and keeping healthy and safe.

I hope to have that last section posted soon. A Lady's Prerogative II: Wounded Aerth updates will continue and still be released (I think there's still one or two more left). Then possibly I'll begin work on the rewrites for Singularity.

Stay Safe And Be Well,