The level of harassment has gone down substantially from external sources which is awesome. Some of my neighbours remain harassing and abusive, but the overall improvement is tremendous. I'm hoping that its the same thing when I do my grocery shopping on Wednesday or Thursday and I certainly hope this stays.

Thanks again to the ASMR community, to the coding community of Delphi, the East Asian massage channels on YouTube and all the other YouTube personalities I watch. Thanks to those in Toronto who heeded my plea for help in this matter and thanks to my country for having such an incredible health care system and social safety net and of course to the front line workers in the midst of COVID-19. A big thanks to the gaming community as well.

I'll be posting new chapters to The Butterfly Dragon and A Lady's Prerogative this week, as well as beginning work on the yearly Halloween story, whose details I'll keep for now.

Appreciate the good times and revel in them at least three times as much a you despair in the worst of times and don't let abusive groups bully you or use you as their garbage bag.

I support LGBTQ2 rights and marriage (and have been verbal about that issue as well) but I retain my own heterosexual identity. My love interest is not Transgender, she's a Mandarin Chinese woman with whom I've previously been in an intimate relationship.

Long before anyone defended J.K. Rowling, I defended her and her right to write her own characters as she chooses and to have her own views and I'm not British (if it means that every time I defend someone that I'm sucking their blood) nor do I regard myself as being French. I don't live by that kind of ideology and I'm not on the blue team anyway, except for being a guy. It's good to see others defending her as well. And nobody is mind controlling me and with all due respect, I'm not Eugene Andre Francois. I don't own a guitar and I'm not a guitar player. I'm not a scammer and I don't use dating sites and never have. I'm not a rose either or a gun and I've never been to jail or prison. 😊

It looks like my harassers have switched tactics and are using the resources of multiple online entities to conduct harassment and identity replacement and theft. 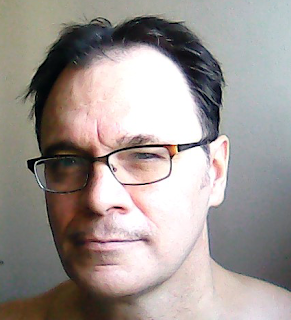