Why Would Anyone Ever Reverse Polarity? (With The Exception Of Fiction And Star Trek) 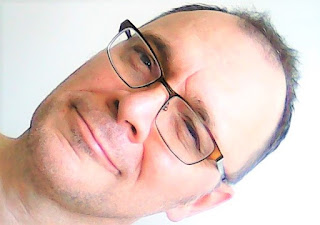 Reversing polarity is a term used in Star Trek to refer to a technology which allows them to make changes to the shielding systems protecting their spacecraft in such a way that enemy energy based weapons actually charge the shield and energize the ship rather than penetrate and harm it.


In real life too, there are groups who use colour symbolism in such a way that they regard reality to be shifted to its exact opposite. Actually I'm amazed at how many people get in on this and push for this. I'm guessing most of them haven't really through it through very well. More likely, they haven't thought it through at all.


So lets consider this, a reality where everything that has already happened, has happened with the opposite  outcome.


This really has profound implications, especially for human rights and people's beliefs.


What about our history?


Could you imagine? We'd still have the Great Library Of Alexandria, which might be the one good thing to come out of it other than the numerous genocides and the holocaust that would have been averted, though we'd be living in a world ruled by Nazis, because of course they'd have won the war and divided the world up with Japan and Italy.


Women wouldn't have won the right to vote and many other rights. Children likely would still be used as cheap labour for mining and anywhere that a small body had working advantages. Slavery would probably be a major part of the world economy.


India never would have earned its independence from the British Empire and Britain never would have been able to acquire Shanghai. But then again, maybe the Chinese Emperor would have agreed to allow the sale of Britain's Opium, hence averting that war in the first place.


Many wars and battles throughout history would have opposite outcomes, including the Battle of Thermopylae (upon which the movie 300 is based) would have been a complete slaughter favouring the forces of Xerxes.


This world would be very different and many people would likely have very few rights, that is if they were even free in the first place.


So why in the world would anyone fight for a polarity reversal in this context anyway? I mean you'd pretty much have to be nuts, because in most cases, you'd be fighting to give up every freedom you've ever had.


You'd be guilty until proven innocent. A plea of innocent would meant a plea of guilt, and vice versa.


No would mean yes to the delight of many rapists, while yes would mean no to the dismay of any seeking a wedding engagement.


A punch in the face would become a kiss on the cheek. Foreplay would become a potentially crippling process, possibly requiring hospitalization. I don't even want to begin to think about what would come after that...


UN Peacekeeping would become UN War-making. A bunch of neutral soldiers from the Security Council would run around stirring up trouble between two or more countries, trying to instigate war.


Nuclear test bans would become Nuclear test permits. Forget Endangered Species, they would be wiped out and there would literally be an effort to protect creatures on the Profoundly Abundant Species List.


Sooo. Why anyone would fight for all of this is completely beyond me. Most if not all of us would be giving up our peace and freedom.


Food for thought the next time you get finagled into such a scheme.