A Short History Of China And The UK

Some rather important news regarding the future of Huawei's participation in the 5G network of the West.


Let's consider this a moment.


UK and America are banning a Chinese company, Huawei from participation in the Western 5G infrastructure, and on the largely unfounded grounds that Huawei will use their knowledge of the hardware to facilitate spying on Western facilities.


More likely, the West will build their own spying infrastructure into 5G, and use it to spy on their own citizens. A growing phenomenon which is already happening and has been happening for some time, with participation by civilian groups as well.


Almost three hundred (300) years ago, in 1729, the Jianqing Emperor declared edicts banning Opium in China. This Opium was being brought into China by American smugglers, who sold it to locals and by the British East India Company, who sold it to Chinese smugglers who then paid off Chinese officials to turn a blind eye.


By eighteen thirty-three (1833) as many as 30,000 chests of British and American Opium were shipped to the free-trade zone of Canton, and were part of that marketplace. Illegally.


The Emperor put the problem in the hands of High Commissioner Lin Tse-hsu, who published a letter to Queen Victoria, urging the cessation of all shipments of Opium to China. Though the letter was published, it was never directly sent to Queen Victoria herself, allowing diplomatically for the option of ignorance of China's request.


Out of frustration by the lack of restraint shown by the British and American guests to their country, Lin ordered the seizure of all Opium in Canton, including the British and American Opium, even allowing foreign countries to receive a comparable compensation paid in Chinese tea. Keep in mind that British tea, comes from China. The British obtained it by stealing it and the techniques used to produce it from the Chinese. Another grave injustice of history by the West against the Far East of Asia. As a result of the seizure, over 1300 metric tons of Opium were confiscated.


After skirmishes between the British and Chinese Navy, on June 21, 1840, a British task force arrived and began shelling Macao and Dinghai, bringing about a number of defeats for China. A treaty was forced and through it, Britain obtained the island area of what is now known as Hong Kong. The British also demanded twenty-one million silver dollars (about a billion dollars today) with six million silver dollars (about three hundred million dollars today) to be paid immediately upon the signing of the treaty. Through the same strong-arm tactics, the British bullied their way into most Favoured Nation status, opening the door for France to do the same thing a year following in 1843.


Following these treaties, in 1853, the Taiping rebellion resulted in further fighting. Imperial Commission Ye Mingchen took a hard stance against Opium trade, even seizing a ship with British registration and imprisoning its crew. The British Navy's response was swift, even ending with the shelling of Canton, resulting in riots which saw European warehousing companies in Canton burned to the ground by Canton locals. During the violence, a French Missionary was killed, allowing France the Casus Belli to support Britain during the conflict, despite the fact that foreign powers had bullied their way into the Chinese economy, completely ignoring China's status as a sovereign nation.


After the smoke had cleared, the British had forced China to legalize Opium and even include the trade of Coolies essentially meaning slaves and cheap labour obtained from India as part of their market commerce. European powers were granted complete access to China and China was once again forced to pay for the entire cost of this second Opium war. All duties for the transport and trade of Opium by European powers were dropped as well as part of the treaty.


Nearly a hundred a seventy years later, America and Britain have the gall to keep China from participating in the Western infrastructure after essentially raping China and forcing them on the issue of the sale of Opium, in complete ignorance of and the rebuking of their sovereignty of a nation of this world.


Consider as well now that Hong Kong has been in the hands of China for some time, that over the years it was in British hands, that the entire population had been indoctrinated into Christianity. While the British made a great effort to preserve certain aspects of Chinese culture in Hong Kong, they, through Christianity, altered the connection of Hong Kong residents with their fellow mainland Chinese, changing aspects of Hong Kong to favour Western ideas and concepts (especially Christianity) over their own native culture. In essence, Britain and the Western powers Trojanized Hong Kong through the use of Christianity. Then they returned Hong Kong to China in 1997, leading to the current turmoils that China faces with integration.


Hong Kong has become something else, entirely independent of both Britain and China, but that birth was through rape, violence and indoctrination by Britain taking Hong Kong as its bride through force. Not to mention the insult of making China financially responsible for those crimes, which it paid fully by the way.


Now take a look at this situation with Huawei and tell me, who the real monster is. If you point the finger at China, you're a liar and fail to understand the history of what put us here in this position in the first place.


Consider the incredible restraint that China is showing with regard to these issues, both in terms of its leadership, but more importantly, as a people. That's 1.4 billion people, and if we throw in the fact that Coolies were sold in European markets, and by way of treaty were forced into the Chinese market, we could probably include India as part of that grave injustice. One of their motivations for obtaining their independence. Chalk up another 1.4 billion people. That's 2.8 billion people. A sizable chunk of the world economy and a lot of buying power.


When we as part of the West, deal with the Asia and the Far East of Asia, these are factors that we must consider.


Perhaps the new strategy is to force further humiliation and injustice upon China and Asia, in an attempt to provoke them into the first strike of an armed conflict? Or to provoke them into taking illegal action against foreign citizens in the safety of their borders? Perhaps its to manufacture the Casus Belli (the justification for war) in order to obtain the support of the Western, Christianized people, by painting China as the devil, as many sects of Christianity seem to do.


In reality however, the only devil I see, is the West and evidence of this is ever further apparent, and that's coming from an Atheist.


Now we've chosen not to include Huawei in anything to do with 5G in the West. UK most recently. Does that mean that China's Navy should roll up to Britain's front door and take Wales, Scotland or Ireland for a hundred and fifty years, and demand payment for the expense of such an undertaking, while obtaining preferential treatment by way of treaty? Because that's exactly what Britain and America did a hundred and seventy years ago, essentially forcing China to allow the sale of British and American (obtained from Turkey) Opium. Not communications technology. Opium.


What if Pablo Escobar had rolled up to America's front door and taken Hawaii for America's refusal to sell Colombian Cocaine? That's the level of what we're dealing with here. Sure, America would have blown his Navy out of the water, but that's not the point. The point is that is exactly what Britain did the China, with American and French support.


We need to take a long hard look at our foreign policy and see where it came from and where its going, especially in regard to our relation with foreign powers in this day and age where politics is all about skirmishing competitors into firing the first shot, without it being revealed that they were aggressively and secretly provoked into firing that first shot.


That has already started with blame laying the COVID-19 Pandemic upon Beijing.


I'm sorry Britain and America, but I'm with China on this one. 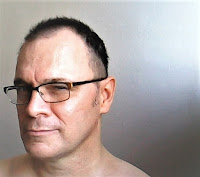