I'm trying to share as much information about the nature of what I'm experiencing in the hopes that it helps other victims and Federal authorities to identity the nature of this threat.


It is very obvious that my internet connection is being directly monitored illegally and by a criminal gang or organized crime in the Regent Park area of Toronto.


Many strange coincidences related to what I'm doing online and how that affects how I'm treated locally in my community and even sudden service interruptions to my internet connection.


This time, I experienced a sudden lost of internet connection during a game of Rainbow Six Siege. Not exactly a national emergency, but the progression of how and why this appeared to happen will likely raise some questions with anyone who has been experiencing similar activity, including harassment by neighbours and a cult that operates utilizing the symbolism of colours.


Keep in mind that I am not a pedophile, nor do I have any prior criminal record or history that would put me on the radar of community groups that watch such people. I don't use, buy or sell narcotics either and I generally tend to lead a pretty tame life.


So in this case, here's what happened. I hope that this helps us to isolate and identify the culprits or at the very least to put a name to the group responsible.


As stated, I was playing a game of Rainbow Six Siege, and at the point in the game where you pick your operator. I was playing as one of the defenders, so I picked Mira, one of the female operators. Despite being a guy, I like playing as female characters in games in order to promote women.


Regardless, I picked Mira and then selected my weapon loadout, changing my weapon from a Scorpion to a different weapon. Now keep in mind that I'm a Male Caucasian Scorpio, and Scorpios tend to be pretty faithful in terms of our Zodiac, but I felt that a different weapon would be in order for this particular game as part of the strategy. About five seconds after picking that weapon, and readying my self for the match, my internet connection dropped.


This is a frequent occurrence, especially in situations of this nature, though not always involving games. I game on weeknights occasionally, and sometimes on weekends while most of my other time is spent coding, writing, doing artwork or cleaning, taking care of my place and exercising.


I do know that this is NOT the problem of my service provider (Rogers), and that its directly related to illegal surveillance conducted by what I believe to be organized crime locally in Regent Park. I also don't believe that this is some kind of Scorpio conspiracy either. As stated I'm a Scorpio, and I'd never do something like that to someone else, so its difficult for me to imagine another Scorpio doing that to someone else. It could very well be someone trying to discredit Scorpios or trying to chop down astrology.


What I'm finding is that this cult or organized criminal gang tends to operate very selectively with relation to the symbolism of colours, most often being very possessive over the definition for the colour red. So in my case, if I happen to break their hidden or secret version of "red", they'll do things of that nature. Unplug my internet connection suddenly or something of that nature, which will then usually be followed by lots of community harassment, including and not limited to people on the street yelling up to my apartment. There are also usually cars parked just outside of the building who take part in the surveillance as well, sometimes even beeping in response to what they see on my screen or in response to my online activity. Keep in mind that I am not a pirate and that I don't use my connection for anything illegal, so these aren't cops at all.


Another thing that accompanies this activity are attempts to replace my identity with that of other people. So in other words, the harassers deal with me as if I'm someone of a completely different identity from my own. As if they believe the person using the computer is someone that they know. The truth is that I don't really know anyone from this community and I don't socialize often. So the identity replacement thing is definitely very cult like.


I don't think that this has anything to do with Scorpios, but one thing I've noticed about this cult is that they're very racist. That is, they're black supremacists. The identity they replace mine with is almost always that of someone African or Caribbean, not to mention the cult members always try to force African or Caribbean women onto me as if they feel like my love interest is someone of those cultures. No disrespect meant to anyone of those cultures, but my love interest is from the Far East of Asia. If I did start dating again, I would likely seek someone of those origins or someone European based upon the positivity of past relationships.


The cult members always seemed fixated on keeping me on the "blue" team even though I don't do colours of their game of colour symbolism. To the cult members, blue usually is defined as meaning hate means love and love means hate. I don't operate that way and I'd mostly be considered red, more so than anything if it came to that, mostly because its my favourite colour along side magenta.


There is always a lot of effort conducted by this cult to identify me as a Jehovah's Witness or a member of Prince Hall despite the fact that I am neither. I'm an atheist as I stated but I believe in everyone's right to belief or non-belief.


As stated, this cult seems to believe that people like myself become "possessed" by other people's disembodied spirits or thetans, and that as a result, they believe the people they victimize possess multiple personalities. So I don't believe any of that, and not to mention that I'm not schizophrenic and never have been. I don't think that this sort of activity would help treat anyone who is schizophrenic either and could likely be very damaging to a person, both emotionally and psychologically. For any such challenge, I'd always recommend to anyone suffering from struggles related to mental illness to seek the help of a Doctor and/or Psychologist as need be. Even if you disagree with their prognosis, at least you have their help as an alternative to any other choices you might make.


So, if you've been experiencing any similar activity, please take this information under advisement. I'll continue to share more information as well as I figure it out. I'm a veritable wealth of information on this subject and most of it is very objective and I always tend to run it through the scientific method, before committing it to the sum account of the activity.


So I hope that helps. I'll be working on The Butterfly Dragon and A Lady's Prerogative very soon. At the latest by the middle of next week. 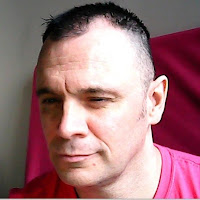