Busy At Work On Animation Tools

Hi again. I've been away from Shhhh! Digital for a bit.


I've taken the last week to work on designing and coding some animation tools that I'll be using for some upcoming projects, some of them related to the material here on Shhhh! Digital Media.


That should explain why I haven't been writing for the last week (since Monday June 1 I believe). I'll get back to that soon enough though I need to spend a bit of time coding and doing some artwork as well.

I'll continue to post the revised edition of The Butterfly Dragon II: What Different Eyes See as I complete the revisions. The most recent writing I've done was publishing a new chapter for A Lady's Prerogative III: Singularity, which for all intense purposes is really thickening the plot, but there's plenty to come.

My Thoughts On Meng Wanzhou And The Extradition Request

I have to admit that I was a bit upset about the judgement in the Meng Wanzhou case. I was really rooting for her seeing as when this all went down I did a lot of investigating into the charges and the laws involved, which were ultimately the result of U.S. Sanctions forbidding certain business transactions in Iran. Personally I believe this is just the efforts of the United States to weasel and bully its way out of its multi-trillion dollar debt to Chinese investors, and to gain a diplomatic bargaining chip. Ironically the United States has been guilty in the past of far worse crimes and in violation of their own sanctions. So I really see this whole thing as them taking advantage of an opportunity to cause damage to one of the biggest companies in China and to bring about bad publicity for their business sector.


Just keep in mind that about twenty two years ago, thanks to the Iran Contra Scandal, Lieutenant Colonel Oliver North took the fall for the big American Commander In Chief at the time, Ronald Reagan when it was found out that the American Government had secretly facilitated the sale of arms to the Khomeini Government, including the sale of Stinger Surface-to-Air Missiles. The Stinger for those of you who don't know is a highly portable fire and forget missile system allowing infantry to take down multi-million dollar aircraft. It's very similar in design and profile to the M72A1 LAWs rocket (a portable anti-tank weapon). Despite this scandal, I have a lot of respect for both Oliver North (considering the immense pressure that was upon him) and Ronald Reagan, who with Mikhael Gorbachev safely guided the world through the end of the Cold War and the collapse of the USSR and the fall of the Berlin Wall all without resulting in a global nuclear war. Keep in mind that these players though are guilty of crimes very similar to those for which the United States are attempting to have Meng Wanzhou extradited.


The difference is that unlike Ronald Reagan, Meng Wanzhou doesn't have an Oliver North to take the fall for her. She is not however being charged with the illegal sale of weapons, but rather a form of bank fraud, arising from the trade sanctions imposed against Iran during the Obama Administration and most likely engineered purposely to prevent Russia or China from doing business with them in order to pressure Iran to back off on their uranium enrichment program. Uranium enrichment involves the processing of Uranium-238 into weapons grade Uranium-235 via the use of enormous centrifuges (similar to those used for medical purposes). None of Huawei's business dealings with Iran were related to their Uranium enrichment program by the way. In fact, the loophole is likely just that, a loophole that the United States is taking advantage of in order to cause immense damage to China's business sector and to crucify Meng Wanzhou because of her alleged ties to the ruling party in China.


That's not the real humdinger though if you're looking for shady business dealings that really impacted the world in a negative way, you only have to look as far as Operation Cyclone. Operation Cyclone actually created Al Quaeda, who had been the mujahideen (jihadists) fighting against the Soviet Occupation of Afghanistan from 1989 until 1992. This is where a young Arab Prince and rebel upstart named Osama Bin Laden got his start down the road to eventually becoming the world's most wanted man for being the mastermind behind the 911 attacks against the United States. Basically Operation Cyclone involved funding, training and weapons for the mujahideen in order for them to maintain their war against occupation by the Soviet Union.

It's hard to say what would have happened had the United States not funded the mujahideen, as Soviet occupation of Afghanistan might have resulted in heroin being used as a weapon of the Cold War against NATO countries in much the same way that cocaine is, not to mention the presence of the Soviet Union in the Middle East could have destabilized the region, eventually escalating to become a nuclear conflict.

Regardless, if you're going to judge Meng Wanzhou harshly as an armchair juror, you'd do best to keep all of these facts in mind, because her persecutors aren't exactly the White Knights of Justice in Shining Armour that they pretend to be. I mean, who would ask their neighbour to arrest, try and extradite a solitary woman, in their trust and visiting from a foreign country knowing full well that asking their neighbour to do so would cause great damage to their relations, in order to gain a trade war bargaining chip and to have another bargaining chip against Chinese investors to whom the United States is hopelessly indebted currently. I'd be willing to bet they're looking for every way they can to get out of that debt. Meng just got caught in such an attempt.

The United States isn't bad. Nor is China. Sometimes though, some people within and on both sides of the fence need to be more careful. Sure, the United States can call their friends and gang up on China (most bullies usually have lots of friends), but eventually this is all going to come down to a future world market, where Chinese companies and American companies compete for the business of consumers. If you make enemies out of the region of the world with the largest population, you never know when they'll become enlightened enough to stop buying your products. That also includes 5G technology.

Personally, I'd be willing to bet that the Western Governments are getting ready to use 5G for the very purposes of which they're accusing China and Huawei. It's already happening. We're a surveillance society. My neighbours have better surveillance capabilities than law enforcement does, and they're involved in crime, not to mention the fact that such surveillance is illegal. Perhaps if I was a multi-millionaire I might actually have more rights, because rights are based upon your ability to protect them it seems. So we're already well down the road of being a surveillance society. Keeping foreign companies out of the global communications infrastructure is going to have long lasting consequences in terms of our current and future relations.

I'd say that its more telling that our Governments don't seem to trust them, likely because they've already got the plans in effect to do that which they're accusing Huawei. Worse, a great deal of the civilians are already running their own illegal surveillance networks in communities everywhere.

The next cold war will be fought on the grounds of surveillance capability. Anyone without surveillance capability will be crushed underfoot by those who have it. It's already happening locally in North America between the lawful and the lawless and people everywhere are already learning the power of having others' secrets. Any imbalance in that capability will result in destabilization in that area or region. The best way to survive if you don't have access to surveillance is to have no secrets.

Hopefully the United States comes to its senses about the situation with China, Huawei and Meng Wanzhou. Really I'm speaking for the entire Far East of Asia. 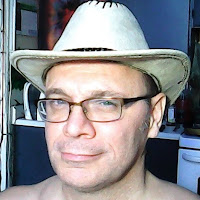 I'm just one person. Very poor (I live on less than $6000 CDN a year as a result of this abusive cult). That's not a complaint or a plea for handouts, but rather truth and I do manage to survive and sometimes I even enjoy life too.

Hopefully, I won't get trounced for this post, but if I do, so be it. I stand by every word I stated here and as a proud but disappointed Canadian. Not to mention, I'm used to getting trounced for not going along with the status quot.