Something to keep you warm and cozy... 😘

This video is a song recently released that is written and produced by Rita Johns, my Mother and certainly one of my greatest inspirations.


She wrote and performed the song, which is called Bye Bye Mr. Blue. The instruments, arrangements and production are provided by Bob Federer (Piano and Keyboards) and Wayne Buttery (Guitar), with both being long time veterans of jazz and blues music.


Rita, Wayne and Bob are long time veterans of the music business. Rita is a Juno Nominee (Canada's version of the Grammys) and worked many years as a professional singer, song writer and musician.


Wayne is has been playing for years and is one of the founding members of the Groove Project. Wayne is also held in esteem by many other guitarists as one of the most notable blues guitarists around.


Bob Federer has similarly been a part of the music business for years and has played key roles in many projects alongside Wayne.


This song was produced in Wasaga Beach, Ontario, Canada and can be heard along with other great music and performers at the Wasaga Beach Blues Festival on Sept.18 - 20, 2020 at Wasaga Beach Stonebridge Town Centre.

I didn't take part in making this music and I don't appear in the video at all but I did produce the video. The video itself was produced here at Shhhh! Digital Media using the Corel Pinnacle Studio 23 and Magix Music Maker 2015.


I hope that you'll take a moment to listen and enjoy this music. 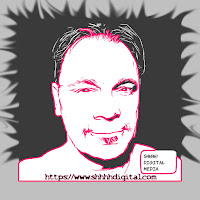