About Shhhh! Digital Media And The Content Produced Here...

Everything produced by or for Shhhh! Digital Media is currently produced at 200 Sherbourne Street in apartment 701 in Regent Park, Toronto, Ontario, Canada by myself, Brian Joseph Johns (who is not a guitar player despite the fact that the guitar is a very expressive instrument).


Nothing on Shhhh! Digital Media is or was produced by Eugene Andre Francois or anyone else for that matter.


It has never been produced by anyone else or with the cooperation or co-writing of anyone else. Read the Credits for full attribution.


Except for some of the great art and 3D work here, Shhhh! Digital Media has always been a one-person show. I am the only person that operates under this banner and the official owner of this web presence and company. If ever I use art from other sources, I always credit it and if I can, pay financially for it.


I would highly advise people to be wary of scams involving identity, creative and intellectual property theft by what can only be described as organized crime conducted by people who will misuse the resources they have through their workplace or through their own collective malice to steal from individuals like myself and others that don't have the finances to protect themselves legally. Including conducting illegal surveillance. This activity probably does involve real organized crime.


This is another thing that I've also reported to the Federal Police as I am very intent upon protecting my creative works. The attempts to take them from me come from my own neigbhbours, people within my own country of residence and others who seem to be privy to the output of the described illegal surveillance. As stated, I'm having the Federal and Provincial Police look into that matter. 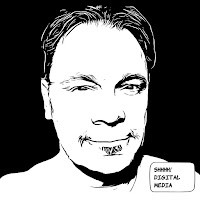