Vice Vs Naomi: Women, Men, World Community And The Future Of AI

I recently came found this great editorial/commentary video by Rebecca Watson who spoke about the issue of Vice versus Sexy Cyborg Naomi Wu. This is from a few months ago (in April) so its a little bit after the fact, but I feel that it is still very relevant for the future. Below is the video which is also available directly on youtube if you'd prefer. Below is my response to the excellent video on the issue.

I support Naomi in this issue and always have, and that has nothing to do with her appearance or attractiveness whatsoever. Much as there has long been a stigma associated with Women who step outside of their boundaries, there has long been a stigma attached to Women who are deemed visually socially attractive who exhibit any form of confidence, intelligence or self-reliance. As if it is society's role to oppress someone based upon their gender or their attractiveness. The stereotypes associated with either are moulds that hinder many Women and not as a result of Men.

Men are not purely to blame for this social attitude and nor is China in this particular case. One could even go so far as to examine the fact that Naomi herself is an allegory for China. A nation that has earned technological prowess many times over throughout history, yet been glossed over by the world as a whole. As if not to recognize China's contributions to technological advancement was a way to keep them from the world stage to be amongst their peers.

China had one of the first navies and in fact one of the largest. China developed dry docks 500 years before any other civilization on this planet yet other nations are often recognized as the great naval civilizations of history.

Gunpowder was invented by the Chinese but not used initially for weapons. It was used for amusement and magic demonstrations under the modern name of fireworks.

Two facts largely ignored by the West amongst many others by their peers on the world stage. That speaks volumes for how China has been regarded by the world community at large.

Kind of like the Woman who astonishes everyone by breaking through the moulds of stereotype and cliché to become a respected maker. I'd say that Naomi and China have a lot in common in terms of how they've been treated and demonized in recent history.

I mean if someone tried to take away the merits of your efforts or tried to hide them, something that has happened often to China throughout history, would you not get a little defensive when you see the signs that someone is trying to pry that from you or paint you as a trouble maker in your own society?

I can only say that Vice's actions were likely a prime example of bull-baiting someone into an aggressive response much like matadors do to bulls, in order to acquire the casus belli to take away some of Naomi Wu's means of online support and to undermine her web presence.

Perhaps with the outcome of this situation and the overwhelming support for Naomi Wu, Vice will learn to act responsibly with the power of the media that it does possess. 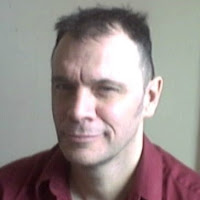 Perhaps with Naomi's future success, more Women of the world over will be courageous enough to step into the public eye promoting their own prowess with technology, the arts or whatever it is they may choose by themselves or beside Men and other Women or even Children.