Commentary: Rolling Stone Magazine article on Beck And His Beliefs

Before proceding, I recommend that you read this article on Rolling Stone magazine online at:


The article is entitled:

Beck Reveals ‘I’m Not a Scientologist’ in New Interview


In the comments section of the article my post is as follows:


Glad to hear that you believe as you choose, Beck. I'm a long time fan and even saw you live with Ben Folds Five at the Ontario Place Forum in Toronto.

I'm happy that we live in a place where we have the right to believe as we choose.

The only unfortunate thing is that we also live in a place that makes people feel like they're obligated to clarify and justify what they believe in order to distinguish their own unique identity against people who'd gladly steal their identity and replace it with someone else's while making that whole process as burdensome as possible.

Keep cookin' up the tunes. As an artist, you don't have to justify any of your private life to your fans. We're more interested in your art, not the gossip about you. ...


The truth is that I'm not a Scientologist either and never have been. In a prior article I also revealed that I am not a Jehovah's Witness nor am I a member of Prince Hall either (with all due respect).

The point of this commentary is about the fact that we're currently living in a society that denies many of us our own identity, and pressures us to distinguish ourselves from others by the application of social burden related to the activities of others that are not ourselves. So much so in fact, that many people including myself are forced to make the distinction while risking sounding intolerant or impatient and angry ourselves as a result of that constant social pressure.

Has anyone stopped long enough to question these circumstances that seem to have upended us in society?

I mean, I don't seem to recall voting for anyone on that platform when I cast my ballot for the City of Toronto Mayor, or when I voted in the Provincial election and finally when I voted in the Federal election of Canada. I'm certain that most people in the United States and in other places in the world can attest to the same fact, whether living in a Democracy or Social Republic.

So how did this way of doing things creep up on us while staying under the radar, and violate so many of our hard fought for Human Rights? Really it doesn't matter with which what belief, if any, such a social acumen is associated.

The primary difference is that our right to believe as we choose is personal and doesn't require justification except under extremely rare extenuating circumstances, usually involving the commission of a felony or the planning of the commission thereof. You don't have to justify anything about what you believe. It's yours and its your right.

The place where that right discriminates the rights of others is when you act upon what you believe in violation of the human rights of another, whether it be by word or action.

In principle, the concept behind these rights are that we have freedom of thought, because thought is not action for, against or independent of others and does not affect others physically.

What you believe is essentially thought and perhaps action where it concerns your own person. Its subjective. That's how two people can have entirely different contradicting beliefs and yet both be right and wrong, depending from whose perspective you're considering that point.

The problem really starts when belief is prioritized higher than the rights of others by any person with regard to their intent and actions towards others, including words.

Maybe this is a post-modern society whose beginnings we're experiencing. A society where individual religions compete against one another and against the rest of secular society and civil law, all symbolized via colours, to put forth "rules" that don't quite make it into the law books or the human rights code, but are held in place by oral tradition and social pressure when our current legal democracy can't keep up with the pace of digital communications technology.

I mean if we as individuals are like cells, metaphorically speaking, then the team(s) that we inhabit are like the whole organisms. These team(s) are and can be gender. Sexual orientation. Race. Religion. Age. Physical and mental capability.

All of the things we've barred from taking precedence through our laws and human rights act, yet here we are fighting over those things in any way we can while remaining under the radar of the laws and the rights that have been hard fought over to prevent this.

Our teams have become the whole organisms that are competing for dominance of society on the basis of social identifiers that we've banned from becoming factors for competition in society. The cost is quickly becoming our individual uniqueness and our rights as individuals or a whole.

The symptoms of this fact are when people are forced to state their beliefs in order to distinguish and uniquely identify themselves from others with whom their identity may have been exchanged or swapped. Identity has somehow become disenfranchised with the association of our physical body while we're still warm and breathing as the price of membership to one of these teams.

Another problem is that these teams don't often give one a choice about membership. More so, it would seem that membership is forced upon the individual based upon proximity to the most powerful or active team rather than you believe as you choose. We're being forced to be part of a specific team based upon proximity rather than individual belief, and then forced to believe the tenets of the team we've been forced onto. Much like larger organisms devouring the individual free roaming cells.

Personally, I'll keep my own identity, my own individuality, my own team or choice thereof (or none if it suits me) and my own beliefs. I think that's where just about everyone who hasn't yet been assimilated stands, and that in itself is a team.

That brings me back to the point of this article and commentary and the fact that it occurred in relation to Beck's recent statements in an interview. Obviously he and others, including myself feel the necessity thanks to the social pressure of other teams to distinguish ourselves as individuals with our own distinct identity and beliefs and the right thereto and by.

The real injustice is that the people who will fight for those rights are slowly being devoured by these larger organisms, that don't seem too concerned for human rights or the individuality to choose their own path, especially where it violates the tenets of their team and even where to act upon those tenets is illegal in the face of the law and the human rights code.

Please during this season, regardless of what you believe, take time to consider that and that people who don't share your beliefs is not a case of weeding out those who aren't "team players".

Who the heck are you to decide that issue for everyone, especially considering that individuals who stand their ground on this issue are fighting for everyone's rights to choose their own way?

Who the heck are you to try to take my individuality and identity away and replace it with someone else's, while giving my identity to someone else?

On the basis of the fact that I'm fighting for my own identity in that regard, the only person that I can be is myself. The same thing applies to anyone else who stands their ground on this issue regardless of polarity.

With that said, I believe as I choose and those beliefs are Atheist, Taoist, Buddhist but that doesn't mean that I don't enjoy the holiday season.

As Bryce Maxwell would say: Where symmetry rules, its sincerity before polarity. Everywhere else is just uniquely sincere. 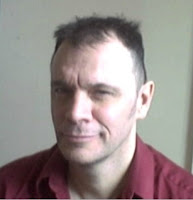