Commentary: The Responsibility Of Charitable Support And What It Represents 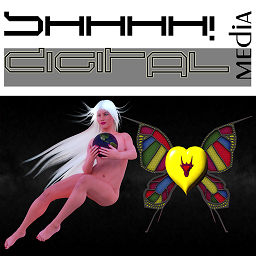 
I was faced with difficult choices today with regard to donations and the amount I'd donated to other charities. The reason for this post is important because it's about clarification because none of the charities involved are lesser, but some are of different priorities.


I was approached by Seti for a donation today, something which I hold to be a great honour as two of my greatest heroes in life are Anne Druyan and Carl Sagan (next to my parents of course).


When I received word that they were seeking donations I set about the process of setting up a small donation (small but the diversity of many receivers is my motto). In doing so I was faced with the fact that the smallest donation I could have made was considerably more than I'd already donated to the other charities that I support.


So if I'd gone ahead with the donation, the message that I would have been sending is that I value the charities I'd donated to by that much lesser. A message that I do NOT want to send but there is an important point to this post.


So rather than donate, I added Seti to my list of supported charities hoping by doing so, others in my absence could shore up the difference of what I'd missed to such an important goal for humanity.


Later, I was faced with another dilemma whereby I was asked to support a charity for the homeless whose low limit was the same amount. For this charity I chose to support it, and not because I prioritize Seti or Science lower than other charities or goals for humanity but rather for other reasons.


First of all, I believe that it is of the utmost importance to search for signs of extra-terrestrial intelligence beyond our home here on Earth. That should always be amongst our highest priorities as a species on this planet.


HOWEVER, we should always look after ourselves and the species with which we inhabit this planet first. Especially the fragile ecosystems that harbour the biodiversity that makes ALL life possible on this planet.


So when faced with a decision regarding whether I'd rather spend my money looking for messages from the cosmos, or ensure that those who aren't housed at least have a roof over their head and are fed and clothed, I chose the latter.


How could anyone ever stand before an extra-terrestrial intelligence, representing all of humanity and then claim that we cannot even take care of our own despite whose issue that happens to be.


If we are ever to meet E.T. or receive signals from distant stars, we should ensure that we are able to take care of and provide for ourselves and the multitude of species here on our Mother Earth. While we do this, we should never stop looking for life elsewhere, intelligent or otherwise. They're both priorities, but the immediate challenges that we face are pertinent.


I myself spent 8 years homeless.


Therefore, how could I as a human being having had that experience knowing what struggles and challenges there are in such a dilemma ever allow someone else, especially the multitude of women and men whom often are unable to cope with the level of responsibility thrust onto them by those who don't fully understand their responsibility to all of humanity. This especially applies to women, many of whom are with or expecting children, our future ultimately.


I really want to see our living neighbours in the Universe, but we should amortize the investment that takes to detect and converse with them against the investment it takes to ensure that we take care of the life here. I mean we certainly want to make sure that we can handle the responsibility that intelligence imposes upon us. I have a feeling that if there is intelligent life out there, that we'll not be welcomed into that community until we can accept the immense responsibility that arises from having that intelligence in the first place.


Maybe when we've indicated that we're ready for that responsibility is actually when we'll detect them as they will likely allow us to see them for the first time.


As the lines from the movie (and book) Contact go:


"All we really have in this universe are each other. This is how it's been done for a very long time. Small steps Ely. Small steps."


So please don't consider my choice in that regard as a disregard for what's out there but rather, what's here and our responsibilities implied by our own knowledge and intelligence. As a matter of fact, next month I'll be making a donation to SETI.


One last thing that I should bring to your attention just to cut the bull completely. I've stated how my love interest is Mandarin Chinese and that one of my most influential ex-girlfriends is a very wealthy ex-Opera Singer, with whom I was in a very serious relationship.


It has been implied while I was in that relationship that I am a "gold digger", meaning a man who seeks out rich women in order to avoid supporting myself and to live off of the riches of someone with money.


First of all that can't be true because I don't prioritize money as a means to further self vanity at all. Sincerely, yours truly cannot be bought in terms of principle by money. I've been tested for that numerous times and proven it time and time again.


My affection isn't for sale nor is my writing or its direction. My characters and stories are almost as independent as am I. I don't place value in finances, though finance allows comforts and safety that aren't often afforded otherwise no matter what, they don't replace sincere affection or love. Don't forget that my ex-girlfriend is a decade or more older than myself and that when I agreed to date her,


I had no indication of her wealth and really I didn't care. I was completely enamoured of her. I could care less about money in terms of its relation to love and loyalty. Money cannot buy love no matter what. Rich or poor, I can't be bought.


The mannerism and expression of love when moved from the environment of wealth to poverty, are just as expressive and attractive, provided that initial spark exists as it did with Yi and I. Some very disgusting people are capable of some pretty swarthy and devious sabotage of a person's life and relationships and would go through any means to break-up such mixed culture relationships when it involves a Caucasian man who has fallen for a woman of an "off-limits" culture according to some religions and ideologies that really should be legally investigated by the Police or the Human Rights Tribunal. Such groups were operating with regard to my relationship with Helen Yi Chen. A woman that until this day I am still by find myself enamoured.


I don't care about money in the sense of love. A friend of mine once said, don't love anything that cannot love you back. Those are words by which I certainly live and the same statement applies to people as much as it does to "things".


Money cannot love. That doesn't mean that it's bad. That just means that you should never love money. If you claim to, then you've never really loved, because love is something that is co-mutual. It's something that you give and receive though it is given when sincere without ever expecting a return of the same.


My affection and love for my ex-girlfriend has been sincere for years beyond our relationship. I'm probably one of the most loyal guys you'll ever meet. I'll never sleep with someone on a whim or for "booty call". If I'm in a relationship, I'm all for her as much so as we're all for each other. Nobody else. Ever. That's true. I've been celibate in terms of partnership or casual sex for a decade in that regard.


My love can't be bought. It's beyond any market value as is the value emotionally and spiritually of what I value in women, and especially the women to whom I dedicate myself. There are many romantic poets and philosophers like myself out there who truly and wholly love women and are fully capable of dedicating themselves to one regardless of money or income.


There are those who might take that in a negative aspect but I'd ask you to consider this:


I'm a pretty loving guy, though my dedicated love is limited to a few of my choosing, I generally have a great deal of love for all things. Regardless, my love can't be bought for any price. It's intrinsic to my sense of free will, not money.


I don't want a woman whose terms of love are dictated by my monetary worth. I'll get there someday, perhaps when I'm still alive, though I might not.


Remember that the value of Nicolai Tesla's contribution to the world in terms of technology and patents is measured in trillions of dollars, yet he died poor and impoverished. Even Marconi used Tesla's parts. Life doesn't always reward achievers with money and sometimes not even recognition, but does that mean that such people should suddenly stop and only seek opportunities that reward them financially?


Don't take that as a statement of protest against the rich, because it isn't, for likely only the wealthy would be able to understand my statements, and at least as much so, those who understand love, but few or none otherwise. Fortunate are those who find true love, recognition and financial reward.


Sometimes bullies find it for them by taking it from others of the true virtue to pursue it.