The character Bryce Maxwell is one that many people for one reason or another attempt to take as if it is their own being or somehow a part of them. I guess this is just the nature of fanfare for creative properties.


You'll always find people who don't believe that writers create anything or that only certain people with certain "exceptional blood" are capable of any form of creation. A sort of racist caste system that seems to be gaining ground in society in a hidden and despicable way.


My advice is that those are the kind of people in life that you want to avoid in life altogether.


The reasoning is this: that if someone can believe that only certain adults with this "exceptional blood" or heritage are capable of any creativity, and they feel this way about adults, they can also feel that way about children.


When children are left in the care of such people who believe nonsense such as this, those children will suffer as a result by not having the same opportunities as people these idiots believe to be "exceptionally blooded". If they can do it to adults, they can do it to children though I'd be willing to bet that few of them would ever admit to it.


So my character Bryce Maxwell is actually based upon one of my biggest inspirations in life and a real-life professional piano player and certainly the smartest guy I know. My father. Though my father isn't a Quantum Physicist, it was his upbringing of myself and my brother(s) that likely led us to a diverse set of interests in science and mystery alike. I wouldn't have been interested in people like Anne Druyan, Carl Sagan, Richard Feynmann if not for my father, and Richard Feynmann certainly makes up a part of Bryce Maxwell as well.


One could even go so far as to say that Michael Crichton has influenced my writing and I would agree that I've read many of his books, and I share his fascination for intelligent and passionate characters such as Doctor Ian Malcolm from Jurassic Park portrayed by Jeff Goldblum to perfection (Jeff is also a great piano player). Michael Crichton's work showed us that you don't have to dumb down characters for the audience because the audience is much more intelligent and oft under-estimated. Michael Crichton invested in his beliefs in that way and it paid off. It turns out that the audience is very intelligent. I'm making the same investment with my writing, though sometimes even intelligent people don't want Wouk, Gleick or Kafka. Sometimes they just want a rollercoaster for the thrill of it. I love being the audience as much as I love being the performer and I'm certain that most of my heroes are that way too.


So despite what many may try to goad you into believing, Bryce Maxwell is not based upon Mike, a social worker from the Heyworth House Homeless Shelter run by Dixon Hall. I'm sure that he must be exceptionally talented to receive those kudos from his peers, but I'd be willing to bet that motivation wasn't for his talent, but more to do with this idea of "superior blood".


Imagine if we had to pay a blood tax that would benefit those with this "superior blood" every time we thought of an idea or spoke words of inspiration or created something that made the world a little bit better? The truth is that you don't need to pay anyone. Again, the whole idea of "blood paid" means, you've earned the right to associate yourself with people whose ideals match your own by way of your words and actions.


The people who believe themselves or others to be "exceptionally blooded" will take the opportunity away from others on the basis of the idea of a blood centric caste they are to enforce. I really disagree with that whole way of doing things. Don't forget that what flows through your veins is driven entirely by your heart.


I don't agree with racism (or homophobia) at all and I believe that everyone is capable of anything to which they put their mind and heart, and that's the way my father raised me. No doublespeak. Just sincerity.


In fact, such people who follow this superior blood belief often treat others more hatefully than anyone in the bid to find people they deem to have this superior blood. If you react harshly to their abuse or even defend yourself and your rights against that abuse, you're denied many and possibly all opportunities due from your efforts and as I've stated, if someone could do this to an adult, they could undoubtedly do this to a child. Don't let people like that run society or the world. Our children deserve much more.


The people that do this sort of thing don't deserve that kind of power so don't give it to them. No matter your gender, culture, vocation, education, finances or any other factor in life, you can achieve what you set out to do. It doesn't take special blood. It takes dedication and the ability to recognize when something is wrong and when something is right and to take action. We all stumble and sometimes we fall. So pick yourself up and brush yourself off and get in there.


Don't let socially talking abusive people run this show. Leave them to their own delusions and they might get it eventually. Either way, it's not your problem. It's theirs. If they pay attention, they might learn from you so long as they don't try to steal it from you. 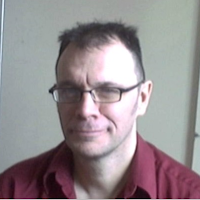 For those of you confused by the subject, I don't play guitar and have never owned one.