A Sequel To The Atomic Bomb Movie... 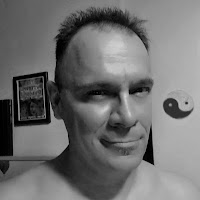 I spent the weekend replacing elements from my software library whose disks were either stolen or lost over the last twenty years. I mean if you still have licenses and manuals for those items, legally you still own them even if the media upon which they came to you is no longer present.

In such a case I use a legal repository of historical software to replace the actual software itself while retaining the original license or serial number from my purchased disk version.

If I have problems running that software, I'll often use a virtual machine and run a virtual operating system such as Dos/Windows 3.1 from within my native Windows 10 x64 environment. Even backwards compatibility has its limits.

The legal repository in question is the Internet Archive (https://www.archive.org), a searchable historical library of nearly all software, media and texts in electronic format and treasure trove of everything distributed via a digital medium.

Of Trinity And Beyond

During my pursuits, I happened across Trinity And Beyond: The Atomic Bomb movie. This movie for those of you who haven't seen it is a historical account of the development of the atomic bomb, from its first tragic and only use(s) until the nuclear test ban treaty and ban on atmospheric testing of the 1970s. The movie remains quite neutral and apolitical about the whole thing and despite the nature of the content, one cannot help but be held captive by the devastating beauty of these explosions, the largest of which humankind has ever created. I'll get to the reasons why this film could be one of the most important movies ever made but first I'd like to discuss the idea of a sequel.

The movie managed to steer clear of the Bay of Pigs conflict and other cold war milestones while it kept to the topic: atomic weapons development and testing. Ironically in the absense of testing following the test ban treaties, atomic weaponry and the technology to deliver it continued to increase in both power and delivery platforms. The history of this growth beyond the end of Trinity is as much a related story itself as the development of the bomb itself. It was at this stage in the cold war that some of the most ambitious technology came about as a direct result of nuclear weaponry and led to the beginning of the transformation of the USSR into the more capitalist friendly Russia. The Star Wars program of the Reagan years pushed the arms race to new heights until the entire cold war itself collapsed. All of this, every single bit of it resulted from the development of the atomic bomb and despite the movie Trinity And Beyond covering that aspect of its birth, development and testing, it still hasn't finished telling the whole story. One only has to rewind to forty years ago to end up in a startlingly different world from the one we have today and despite the change that information technology brought with it, the real agent of the transformation of the world was the atomic bomb.

The sequel to Trinity And Beyond could tell this story in the same format: through archival test footage and interviews with the key players such as Edward Teller, Mikhail Gorbachev, staffers from the Reagan Administration all with the background aural texture of composers like Wilhelm Richard Wagner, Gagarin Holst and Modest Mussogorsky. I'm sure there are many compositions that would accurately fit the mood of that time period and the onscreen footage.

Of course something like this couldn't happen without the narrator from the first, whose voice really gave life to the story and experience. I won't say who but I will say that he's quite familiar with high energy explosions and dashing around the galaxy in a ship whose propulsion system is a direct descendant of the atomic bomb.

What makes the development of the most powerful weapon ever produced by humankind so important?

First of all, it may well have proven to save the entirety of our planet and our species and all other species. The technology developed to quantify its effects led directly to our ability to assess asteroidal body impact craters, meaning that we learned of the physics necessary to assess past impacts and learned as a result that "we're living in a shooting gallery" as Physicist Jay Melosh humourously put it.

I find it to be an incredible irony that the most devastating weapon ever developed by humankind might actually be what saves us. The impact of that understanding gives an important legacy to the deceased of the Hiroshima and Nagasaki nuclear detonations. Their lives paved the way for future generations to avert war and now it seems that as a result of these tragic events, that humanity may be able to save itself not only from itself but from a destructive asteroid impact not just by the use of nuclear weapons to nudge such an asteroid from trajectory likely to lead to impact, but also as a result of the fact that if we hadn't learned to recognize past impact craters as having originated from asteroids, we'd likely never have sounded the alarm and probably would eventually have been impacted without any warning whatsoever.

So Trinity And Beyond 2 or some other worthy title to the namesake of the first would be an important piece of history and very educational for the generations to come.

I don't know if a post on a controversial website like mine would make the difference and perhaps it is already being planned or in production (I could only hope). I mean, I am very much who I am, Brian Joseph Johns and not possessed by "free floating spirits" that have been liberated from the bodies of others, looking for physical hosts to possess, control through which to wreak havoc while other people in the guise of a dangerous cult erase the history and existence of the host perhaps perhaps for the purposes of eugenics (limiting one's options for procreation on the basis of preventing elements of their genes from finding their way into the greater gene pool of humankind).

Still, I humbly present this for your consideration.

Oh, and I don't play guitar and I've never owned one.