My Heartfelt Condolences To The Jewish Community 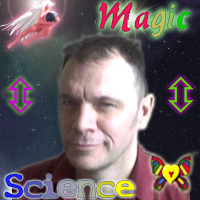 I was very shocked and dismayed to see the news of the Synagogue shooting. I have a hard time understanding how anyone could do anything of that nature though quite honestly I did see something of this nature coming long before it did.
Even in my own community in Regent Park Toronto I've seen a rising anti-Jewish attitude amongst some people (especially the harassers) though I don't want to use that point to start a Witch hunt, because that will lead to a rebound effect that will keep this whole cycle of hate and possibly violence going. In fact, I'd mentioned many times over the last three years both on my blogs and in person how startled I was at the rising anti-Jewish rhetoric I've heard.
Equally I'll also take some time to express that this same attitude I've also seen directed at members of the Chinese community and others from the Far East of Asia. These are people who despite the contribution and sacrifice of the Jewish and Asian community to North American history don't seem to be fully welcomed for a reason beyond knowing and fathoming. Perhaps at this point it is important to note that we are residents on land that was taken from the First Nations of North America. From their perspective, we're all newcomers or children thereof.
Ironically the plight of the First Nations peoples is very similar to that of the Jewish people. They're both societies who escaped tyranny and exploitation to end up a displaced people who ultimately had to fight for their rightful land and nation claim in the face of much adversity.
Given the nature of my gripes over the last week I feel shocked, especially having explicitly mentioned that the abuses I've experienced were and still are abuses directed towards the Jewish community in order to stir protest from members of that community, which the abusers refer to as "complaining".
Hence this sadistic and abusive harassment cult trying to give rise to a cliché, label Jewish people as complainers, built on the fact that Jewish people speak out against Human Rights violations directed towards the Jewish people and all of humanity. Ironically mixing up the definitions for the words protest and complaining is a stigma that has also plagued Women for some time, resulting in many of their issues not being taken seriously until fairly recently in history.
I hope that by my omissions that I've not implied an enemy or baddie to whom others cause grief in retaliation for what has transpired because that is not the answer. We all have bad days. All of us.

What we need to work on is preventing bad days escalating into killing sprees at the hands of those who'd rile up mindless hatred and reaction from those in mental and emotional peril, without turning all of North America into a dystopian McCarthyist state.
I can't promise that I won't rant on my site, especially when I'm abused but I will always try to make any rant objective (if there is even such a possibility). My stories will continue soon. For now I'm recharging once again.
My deepest condolences to the Jewish community and you'll always have my support. Likewise to the Chinese community as well. I think that the world needs a bit guidance from some of those oppressed by hate and by violent acts.